When you cannot find the book you need to understand public space in China, it’s wonderful to see that it is finally written! Wenwen Sun delineates how public space as a Greco-Roman originated concept traversed the urban and architectural cultures of post-reform China, merging and negotiating with the local conditions, and evolved into a new phenomenon in Chinese urban design and architecture. It is hugely rewarding to promote her work!

This research first critically reviews contemporary narratives from Chinese philosophy and sociology, then materials written in post-reform China on the topic of public space. It then analyses various cases in their design and spatial conditions, ranging from ‘shared spaces’ in the areas characterised by urban dwelling and communities to ‘open spaces’ in the central city where strangers mingle and globalisation manifests. By analysing public space as a cultural phenomenon, carrying specific meaning, through specific concepts and designs, this research develops an interpretative framework within which the meanings and transculturation of public space in Chinese urban design and architecture can be understood and elucidates potential for future urban design and architectural practices. Theoretically, it moves beyond the conventional research on public space that is primarily based on Western thoughts, an Indo-European notion, and a Greco-Roman tradition. Practically, it paves the way for future development of the design of public space, highlighting the cultural, social, and spatial dynamics in Chinese cities vis-à-vis the related political, economic, and governmental conditions within the context of ongoing globalisation.

Chinese Notions of Public Space: Transculturation in Urban Design and Architecture after the ‘Reform and Opening-up’ in 1978 Read for free, and order a hard copy here

Conflicts and Discoveries in the Design of Public Space

This lecture has been part of a course for Ph.D. candidates in philosophy, co-organised by The Dutch Research School of Philosophy (OZSW), and the 4TU Center for Ethics and Technology. The course discusses approaches like value-sensitive design and ethics-by-design, becoming popular over the last decade to integrate values, and other moral considerations in design. The lecture follows upon other presentations which have introduced some of the critical underlying philosophical foundations and issues of such approaches. It discusses what values are, and have been navigating in the urban design thinking on public space and whether, and to what extent, these values have been, and still are dynamic in terms of ‘value change’. The lecture also discusses in more detail the ‘value conflicts’ which go along with the value dynamics in the design of public space, and, philosophically as well as in terms of their design application, it questions the values in themselves.

The Dutch Research School of Philosophy (OZSW) – Design for Values 2022

Health is an important societal topic in the Netherlands. In one of the most densely populated countries in the world, healthy living environments reduce diseases, deaths, healthcare costs, and shifts focus from prevention and medicalising on the individual levels to taking care of communities. Still, for example, the air quality in the Netherlands is considered moderately unsafe, resulting in the highest rate of asthmatic children worldwide. The same goes for recordings of diseases related to polluting substances on land and in water. This makes public spaces social determinants of public health. We see similar correlations when it comes to the presence of infectious microbes and parasites, and environmental stress. Especially in world port-cities like Rotterdam unhealthy conditions coincide with unequal socio-spatial patterns. Here the impact on individual health is largely untraceable. Understanding the impact of inherent industrial and human activities on urban areas at the neighbourhood level and crossing it with heterogeneous data sets help us understand the socio-spatial impact of pollution-related and vector-borne diseases on cities. Measuring environmental pollution in public spaces can tell us e.g. more about the impact of air quality on citizens as a group. Statistical time series and cross-sectional data analyses can be applied to generate valid correlations if they are made geo-specific. By using machine learning and AI technologies we cross data on environmental pollution with other heterogenous socio-spatial and temporal data sets. The use of mapping, spatial statistics, and urban narratives including historical data can lead to a better understanding of the lived experience at the local level. Through workshops at the local level and notably in the public spaces of the city, we engage the general public and local decision-makers in discussions on public health using advanced computer models for visualisation. The Rotterdam case study provides insights applicable in other cities internationally. 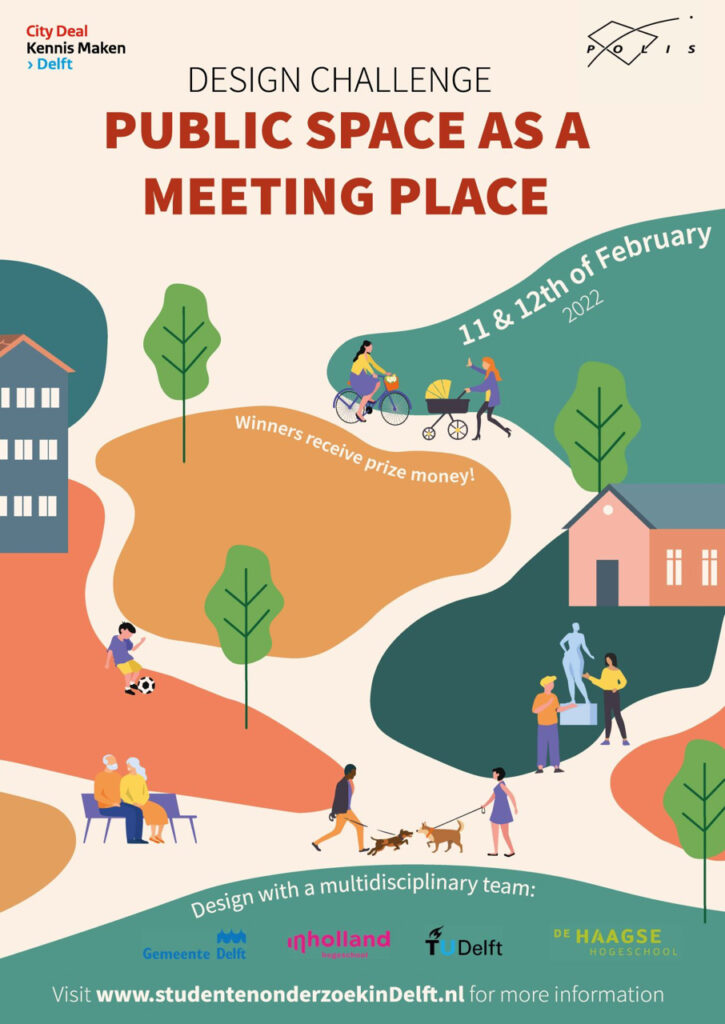 Today, historiographies seem to have moved away from traditional political and diplomatic histories describing cities towards social and cultural approaches. In general, this current shift of interest follows a Late-Modern turn toward the marginalized and marginalizing evidence, and thus explicit hypotheses are tested, and, among others, unbiased data is collected by current biographers. Still, certain narratives stay manifest. Also in Rotterdam. Here, bifocal narratives on the world port and the cosmopolitan city, and the dichotomy among these territories, remain persistent in the most recent biographies. What is seen in everyday space does not match this ontology generally applied in Rotterdam. To greater extent, as such, the samples of the biographies of public spaces as places help to fulfill the most essential public function of researching and abiding justification, while reinvigorating the critical public present in spaces. By opening up to the multiplicity of narratives, the article ‘The Port-City Portrayed in its Public Spaces: Introducing Micro Biographies of Places’ is able to focus on descriptions of Rotterdam which fall outside the scope of the current conventional. Through the lens of ‘biographies of places’, this study particularly follows the so-called material turn, in difference to stories of lives or narratives on actor networks. Hence buildings and artifacts placed in context, are the principal unit of analysis, for a multidimensional interpretation of urban sites across regions and periods.

The approach is operationalized by linking the urban and architectural design of public space, with studies of urban history, literature, cartography, and other urban humanities. This integrated perspective on port-cities is put forward most recently in a wider variety of projects at the LDE Centre of PortCityFutures, which has been promoted and supported for the approach below.

Harteveld, M.G.A.D. (2021) The Port-City Portrayed in its Public Spaces: Introducing Micro Biographies of Places. In: PortusPlus: the Journal of RETE (Association for the Collaboration between Ports and Cities). Venice: RETE, Vol. 12.

Rosalie Moesker, an urban designer in training in our team, makes the cross-over to health. As the campus of Erasmus Medical Centre densifies, not only accessibility is at stake, more so, the human experience while traveling. In the city of the future, the medical centre needs new mobility concepts. When we design for these, we can relieve users of worries by reducing urban stress at their arrival, and rethinking public space as a healing environment during stay.

Following earlier presentations of the Design of Public Space research group from Delft, Maurice Harteveld participates in the ‘Empowering Resilient Communities’ event organised at the Italian Pavilion at the 14th International Architecture Exhibition in Venice, on Friday 12 November, from 2 pm. As part of the international scientific committee of the pavilion, he will reflect on various Italian projects, which will be presented in this session. His review relates to a broader inventory of actions, which are being currently taken in the networks of public space to strengthen community resilience. Rotterdam serves as an exemplar, and as such these actions challenge the design of public space, and with that among others the disciplines of urban design, landscape architecture, and architecture.

The Italian Pavilion has organised the event as an opportunity to present and discuss some of the experiences already included in the research project Mapping Resilient Communities, while providing a platform for knowledge transfer and capacity development, especially in most vulnerable areas, in Italy and beyond, with the participation of UN-Habitat. 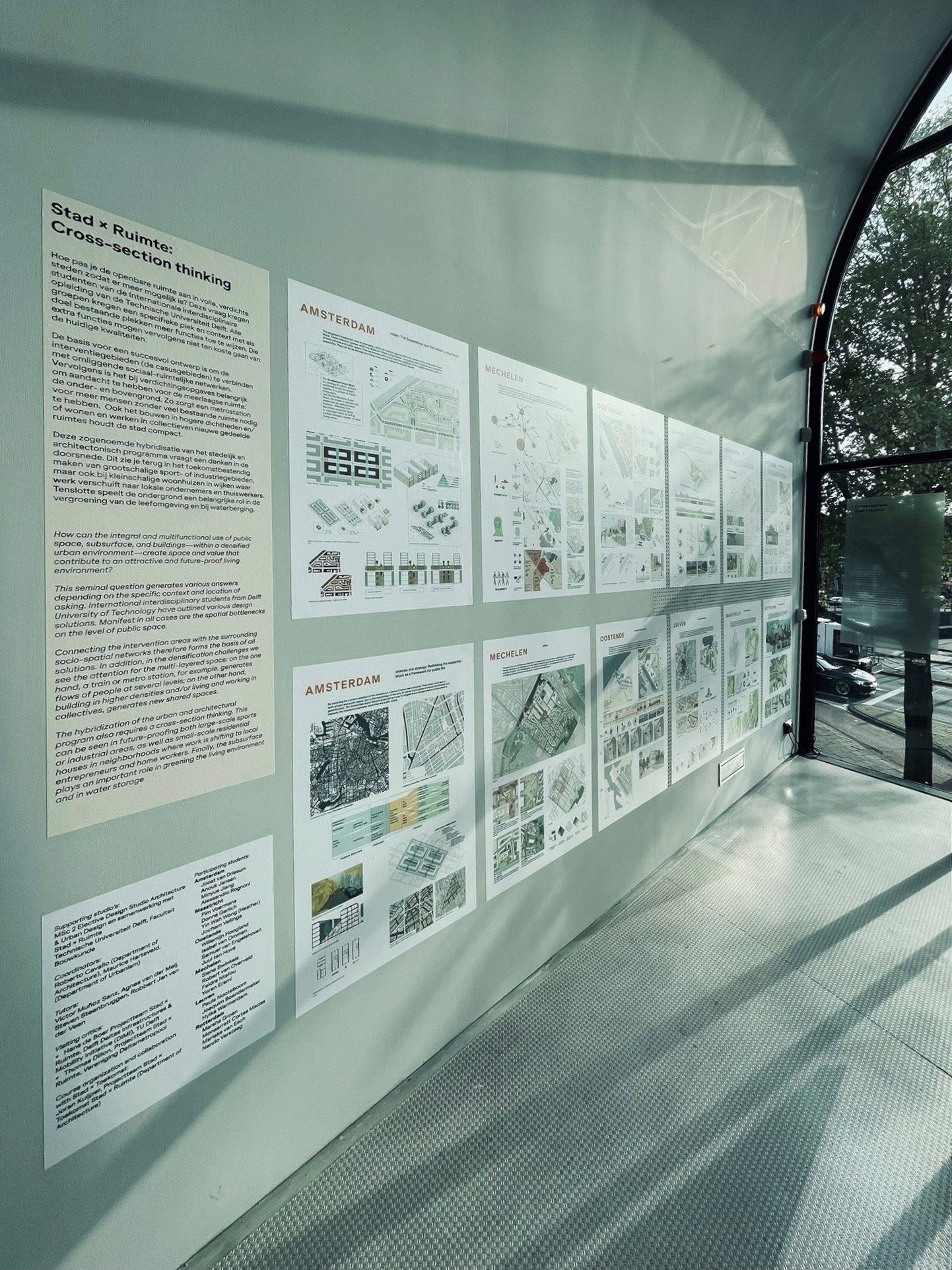 How can the integral and multifunctional use of public space, subsurface, and buildings -within a densified urban environment – create space and value that contribute to an attractive and future-proof living environment?

“This seminal question generates various answers depending on the specific context and location of asking. International interdisciplinary students from Delft University of Technology have outlined various design solutions. Manifest in all cases are the spatial bottlenecks on the level of public space. Connecting the intervention areas with the surrounding socio-spatial networks, therefore, forms the basis of all solutions. In addition, in the densification challenges we see the attention for the multi-layered space: on the one hand, a train or metro station, for example, generates flows of people at several levels; on the other hand, building in higher densities and/or living and working in collectives, generates new shared spaces.” As Maurice Harteveld explains in the exhibition; “The hybridization of the urban and architectural program also requires a cross-section thinking. This can be seen in future-proofing both large-scale sports or industrial areas, as well as small-scale residential houses in neighborhoods where work is shifting to local entrepreneurs and home workers. Finally, the subsurface plays an important role in greening the living environment and in water storage.”
END_OF_DOCUMENT_TOKEN_TO_BE_REPLACED

With the event, the Italian Pavilion aims to raise awareness on urban resilience, from the environmental, economic, and social point of view, in relation to the 17 Sustainable Development Goals of the 2030 Agenda, on the occasion of Urban October promoted by UN-Habitat. The event has also been scheduled on the occasion of the UN75 celebrations before the Venice Biennale was postponed last year due to the COVID-19 pandemic.

An expert from the Joint Research Center of the European Commission will introduce the Agenda 2030, and invited Italian speakers will present case studies, which already are included in the research project Mapping Resilient Communities – co-created by professionals and urban activists who have experimented and implemented multidisciplinary practices of resilience in Italy and abroad. The event includes a thematic session coordinated by TU Delft, Netherlands, with professors and students affiliated to the Design of Public Spaces Research Group. Finally, a round table discussion is planned with the involvement of the audience attending the live streaming. 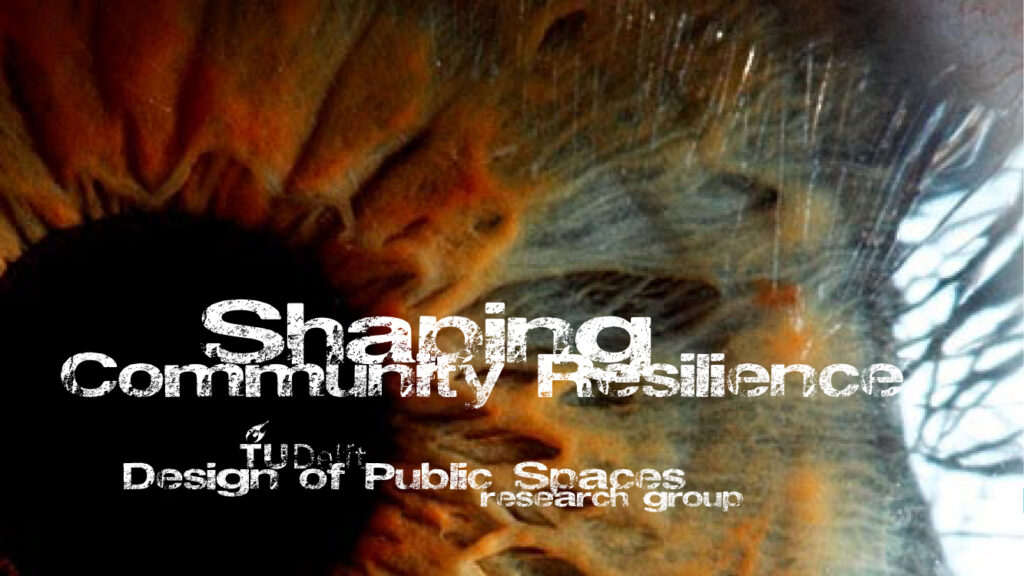