New public spaces have emerged in the entrepreneurial city. Their existence relates to entrepreneurial action of public governments, of the people, inhabitants of the city, and of entrepreneurial alliances of civic actors. The entrepreneurial way of governmental action led particularly to new spatial conditions and typologies as governments delegated the responsibilities for the production and management of public space to private actors. This extended the debate to the city’s public space in its ubiquitous shopping malls and private residential estates. Secondly, the opportunities which the city offers for the entrepreneurial contributions of general citizens, migrants, and refugees, relate to its public spaces too. Characterised by the proximity of mixed land-uses and flexible building typologies, as well as a well-connected street network and high density, the new urban typologies, effecting public space in their socio-economic nature, are found in many places, using the same models concerning citizens initiatives and popular action. Lastly, new emerging alliances of actors form the relationship of the ‘entrepreneurial city’ and public spaces. These alliances of civil society groups comprise old and new NGO’s, academics and activists, and start-ups of social enterprises launch own initiatives to co-designs alternative community spaces, more affordable and communicative workspaces, and build capacities. Such trends can be seen in cities worldwide too and start to create new forms of public spaces, which facilitate social interaction while creating more micro-economic opportunities. 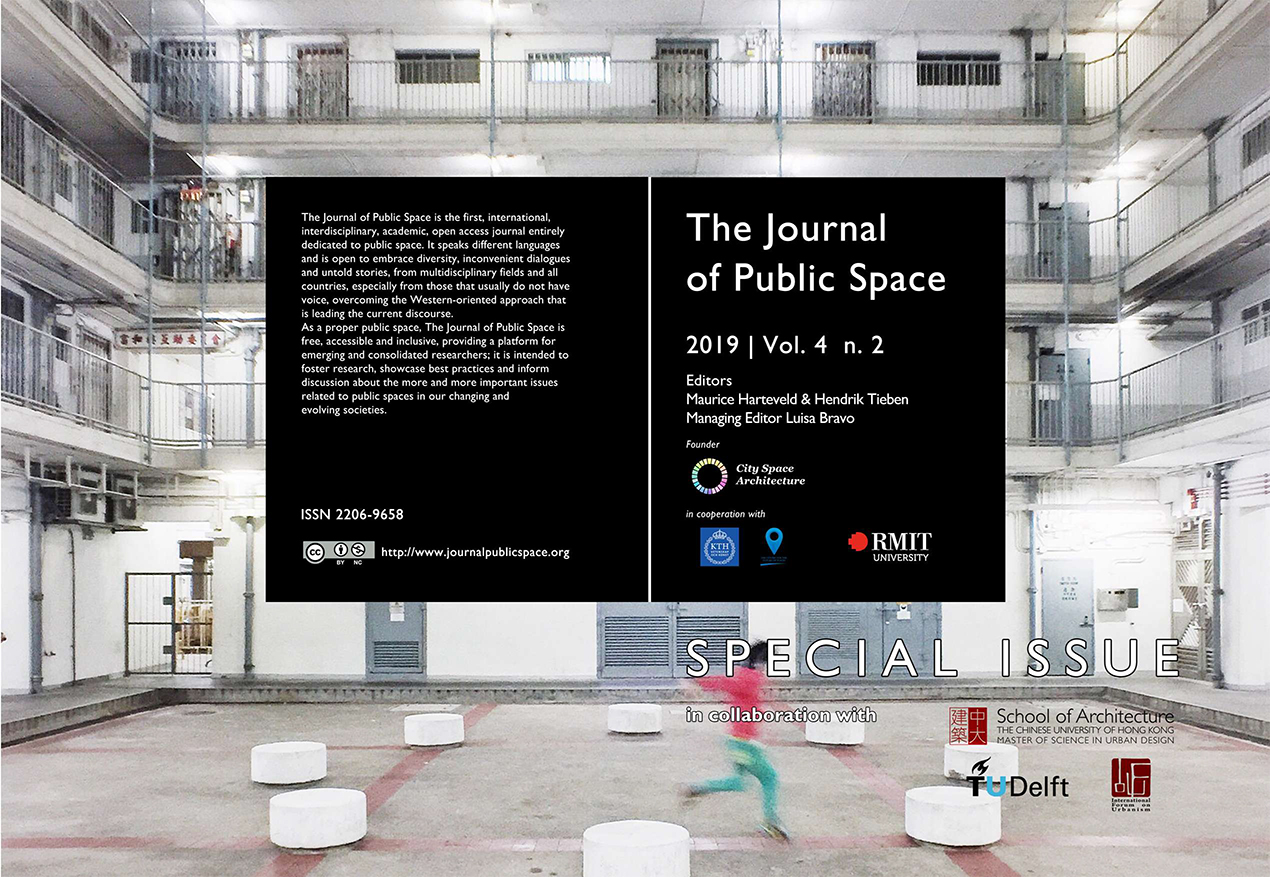 The Quest for Public Space: Changing Values in Urban Design, The City as Learning Lab and Living Lab

This article highlights the dynamics of values in our reasoning on public space. By means of an epistemological study, it tests the contemporary premises underlying our ways to safeguard the inclusive, democratic, agential city, and, as such, it aims to update our view on urban design. The article raises three subsequent questions: [i] Is the city our common house as perceived from the Renaissance onward, containing all, and consequently are public spaces used by the people as a whole? [ii] Is the city formalising our municipal autonomy as emphasised since the Enlightenment, in an anti-egoistic manner, and in this line, are public spaces owned by local governments representing the people? And, [iii] is the city open to our general view as advocated in Modern reasoning, restricting entrepreneurial inﬂuences, and synchronically, is its public spaces seen and/or known by everyone? – Inclusiveness, democracy, agentiality are strongholds in our scientiﬁc thinking on public space and each issue echoes through in the practice on urban design. Yet, in an aim to keep cities connected and accessible, fair and vital, and open and social, conﬂicts appear. Primarily based upon reviewing urban theory and particularly experiencing the Amsterdam for this matter, the answering of questions generates remarks on this aim. Contemporary Western illuminations on pro-active citizens, participatory societies, and eﬀects of social media and micro-blogging forecast a more diﬀerentiated image of public space and surmise to enforce diversiﬁcation in our value framework in urban design.

‘The Entrepreneurial City’ is the theme for the 10th conference of the International Forum on Urbanism (IFoU). Nine conferences have been held in various countries across the world. In face of global and local environmental, social and economic challenges, the conference brings together international planners and designers to deliberate on theories, design and practices related to the entrepreneurial city. The conference will be hosted by the School of Architecture of the Chinese University of Hong Kong on December 14-16, 2017.
END_OF_DOCUMENT_TOKEN_TO_BE_REPLACED