A professional often thinks in the existing structures from practice, in defined tasks and ditto responsibilities. Students think beyond. It is one of the reasons that students and professionals have been linked to each other during a parallel running professional design study and master studio, called ‘The City of the Future’. 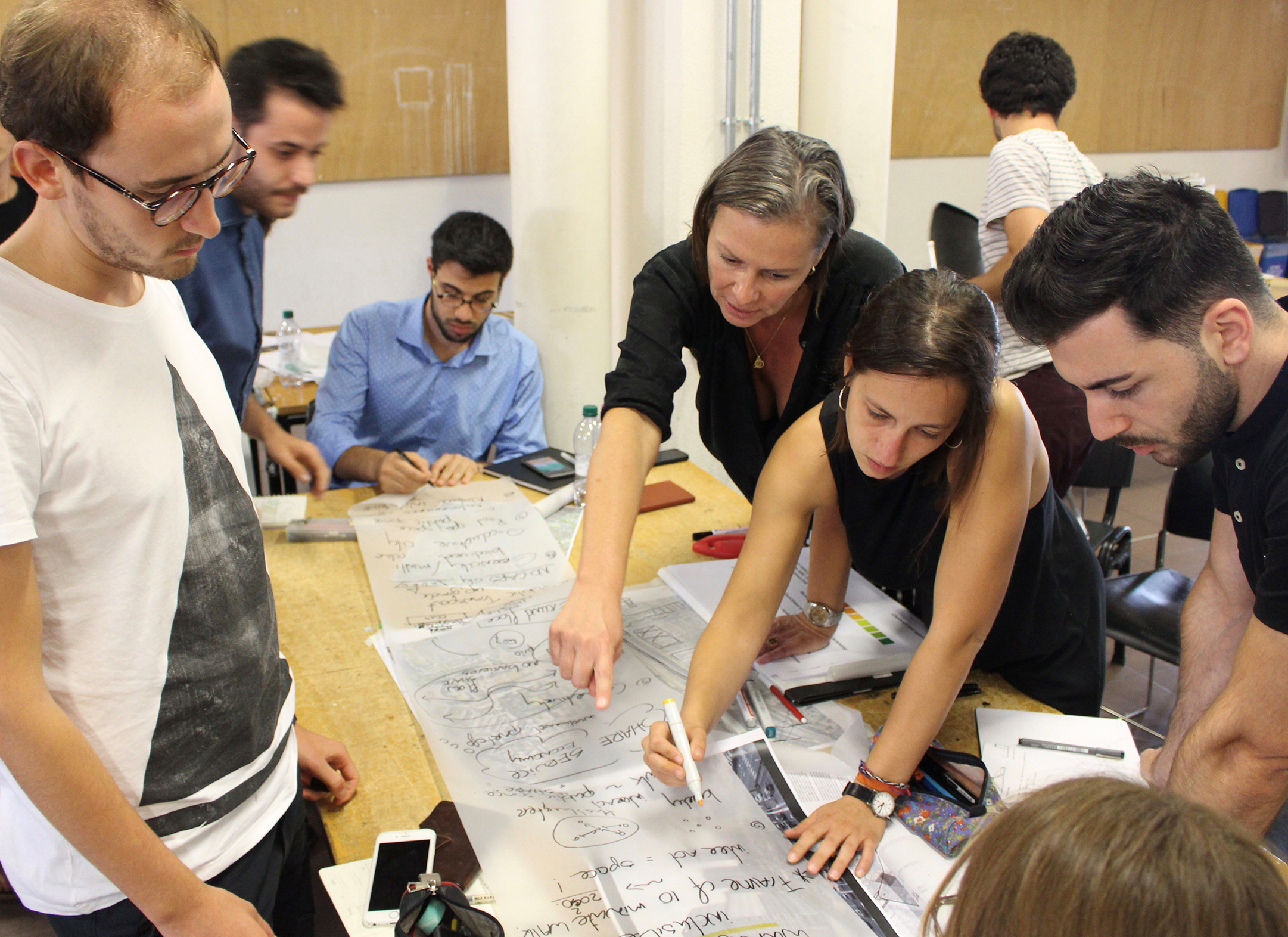 How will our cities look in 2040? This was the key question addressed last year in the Master’s studio headed by Roberto Cavallo (Architecture) and Maurice Harteveld (Urbanism). The studio was founded as part of the design study, The City of the Future, a joint initiative involving BNA Onderzoek (The Royal Institute of Dutch Architects), TU Delft, the Vereniging Deltametropool association, the municipalities of Amsterdam, Rotterdam, The Hague, Utrecht and Eindhoven, the Directorates-General of Mobility, Environment & Water and Public Works & Water Management (from the Ministry of Infrastructure and Water Management) and the Ministry of the Interior and Kingdom Relations.

Complex challenges
“In the near future, our city centres are set to become even more compacted. It is important that we start anticipating the consequences of this now. If different programmes are squeezed together, will there still be room for public space? How do the city authorities keep control? And how do you ensure that there is room for everyone? The answers to these questions are so complex that you need to take a new, integrated approach,” explains Maurice. “There is no step-by-step plan, which is why it is important to bring everyone together who can bring something to the table. And that includes students.”

Surprising insights
Ten multidisciplinary design teams, comprising urban planners, architects and other specialists, registered for The City of the Future. The teams each focused on one of the five test locations in the participating municipalities of Amsterdam, Rotterdam, The Hague, Utrecht and Eindhoven, as did Roberto and Maurice’s students. Roberto: “Both processes ran parallel to each other, which meant that the students could participate in the same workshops as the professionals, sharing knowledge and ideas.” Mesut Ulkü, an Architecture student who participated in the studio: “We realised that the professionals have a totally different take to us on the same challenges. Talking together resulted in some surprising insights.”

Creative thinking
“Professionals often think in terms of existing structures in the field, of delineated roles and responsibilities. Whereas students take a less constrained approach,” explains Maurice. This was encouraged by making the studio multidisciplinary. “This meant that instead of focusing on which part of the challenge they could address within their discipline, the students explored a complete solution. They involved other disciplines and considered the challenges from outside the boundaries of their individual fields.” Mesut, for example, often consulted with fellow students from other degrees, such as Landscape Architecture and Urbanism.

In-depth understanding
Mesut explored the challenges in even greater depth during his graduation project, which also focuses on The City of the Future. In this studio, he worked closely together with Saskia Griblin, who is studying Management in the Built Environment (MBE). The pair amassed expertise that is of even greater value to the teams and the participating cities. Saskia interviewed Amsterdam policymakers, residents, business people and developers regarding the envisaged location for the Haven-Stad (Port City). The interviews provide a wealth of information for the City of Amsterdam, which does not have sufficient time to explore the subject in detail – something that Saskia believes certainly needs to happen. “Amsterdam wants to delete the Port Authority top-down and add 70,000 houses, but they need to explore the existing situation in much greater detail’.

Gigantic network
Mesut is exploring a different aspect of the housing issue and is designing a mobility hub for the Haven-Stad; a large-scale peri-urban parking facility, close to the station and surrounded by high-rise buildings, in a possible future scenario. Access to the surrounding area is on foot, by bike or by public transport, which means that lots of roads can be scrapped. “This is a fictional graduation project for the time being, but the City of Amsterdam is bearing such a potential future scenario in mind,” explains Mesut. To properly develop his proposal, Mesut is provided with continual up-to-date information, and he regularly consults with policymakers and specialists. Roberto: “The multidisciplinary structure of the study means that the students have access to a gigantic network. That is unique and extremely worthwhile.”

Sparring partners
Establishing a Master’s and graduation studio for The City of the Future allowed students of Architecture, Urbanism and Building Sciences to work on current and relevant challenges. They have learned how they can contribute to complex issues and how they need to collaborate between diverse disciplines. Saskia and Mesut’s graduation projects indicate that a balance needs to be created between what there is now and what there could be in the future. Both students have grown into valuable sparring partners for professionals and policymakers. Mesut: “We communicate on really equal terms. They send me WhatsApp messages every week with questions like: ‘What’s your opinion on this? Do you know more about this?’ It’s great to have such a direct link with the professional world.”