In search for my artifact, a short article for the Artifact column, in the Bnieuws B’day issue.

It was at the end of a day that friends and colleagues from abroad came to visit at our house. While having stormy discussions and chats about people we knew and didn’t know, basically we joined in daily adventures. The world always seems sizable in our bubble, especially now. We got a calm focal point in our midst.

At night, I checked my phone to see what happened elsewhere and what tomorrow may bring. What would 1 be without this compass? “Could 1 survive in our galaxy? iWonder?” My thoughts paused as I swiped my phone to do earthly things. I got a message in my mailbox: an invitation to write a short article for the Artifact column, in the Bnieuws B’day issue. Reasoning started again. What’s my artifact?

I immediately thought of the non-natural-objects shaped by humans. Pure art! I watched my phone again. This object? It may not be art or wonder; fair design at the most… I opened my browser and started associating. After a few clicks I knew. Briefly combining all perceivable, or even imaginable, I found a way to answer the question, but it needs time. I closed this app and almost randomly opened another. — There’s nothing to like, so another click before I call it off. Into my view entered a snapshot I took today…

The following days, the question remained. My answer will not be my phone. Objects as such will be too soon of archaeological interest. Some phones — not mine — will end up in a museum, where mankind artificially preserve them from the intrusion of new ways of living. In my view highly interesting, but not yet my call for the best that humans make. What then is my proposal for the piece de resistance?

An epistemological, near existential sequel followed. As an architect and urban designer, I’m trained to learn from historic paradigm shifts and, who knows, to create one. As an academic I’ve learned to question this. Everything needs an update and all we make is temporal. At best, an object enters into human’s heritage. Such may be the value of any artifact…Then, I remembered the snapshot taken so quickly with my phone. Can I keep this as well? Digital images won’t have extreme longevity as resolution increases. Printed it may fade as well. Then, I started to understand: my search has expressed permanent temporality. Exemplified by this picture, one of the thousands I have, it all comes together. However, although close, my artifact is not so much the snapshot itself, nor the device used, but the object of the image. It is a portrayal of a single person—center in the hurricane of thoughts, special as well as random — a human in time. One of the many in the world.

In search for my artifact, I got it: Being an incredible creation without necessity to be made, it is there. It evolves every second, and we cannot act around it. With its galactic complexity, it is the core of life and profession, and premises of any artifact: the archi-‘artifact’ itself The best that humans make is humans itself — my call. I swiped and clicked again: There must be at least a birthday like… 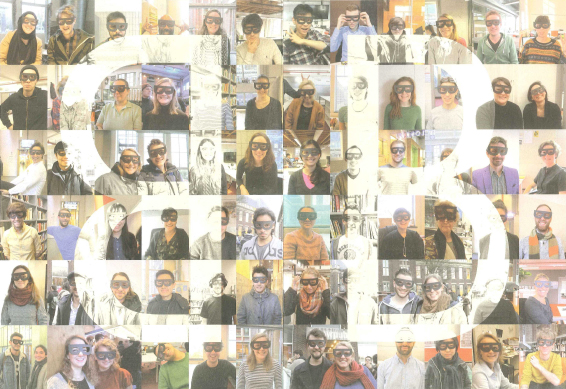